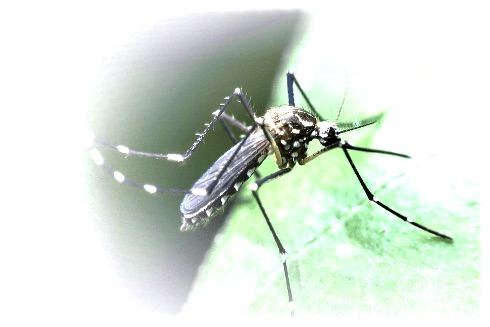 Concerns over the Zika virus are escalating, especially as new cases quickly spread around the world. In fact, the World Health Organization (WHO) has officially declared the Zika virus a Public Health Emergency of International Concern. Transmission of the Zika virus has been documented in more than 67 countries and territories, and as of March 2017, there have been at least 5,139 confirmed cases in the United States, most of which were believed to be acquired during travel.

Although the Zika virus – which is spread to people primarily through a bite from an infected Aedes species mosquito – typically only results in mild illness, it may carry devastating consequences for some people.

Most widely reported has been the surge in cases of microcephaly among babies born to women who contracted the virus during pregnancy. This finding has prompted widespread travel restrictions for pregnant women. Microcephaly can restrict brain development, leading to abnormally small head size and severe brain damage. Data shows it is seen in as many as 13 percent of babies born to women infected with the Zika virus during pregnancy, according to a study published in the New England Journal of Medicine.

Is there a link between Zika and Guillain Barré syndrome?

As the Zika virus continues to take the world’s stage as an emerging public health threat, there is growing evidence that this mosquito-borne infection may also trigger Guillain Barré syndrome (GBS). GBS is a rare condition in which the immune system attacks the peripheral nervous system. For some, GBS can be quite serious, causing muscle weakness, sensory problems, pain and sometimes, paralysis. Many people need intensive medical care.

Because of the sharp rise in GBS cases seen in many regions where Zika outbreaks began, international researchers are hard at work, trying to understand the relationship between the two conditions. It seems there is something to it. Mounting evidence showing that as Zika virus cases spike, there seems to be a dramatic rise in cases of GBS have led some health officials to suggest that watching for increases in GBS may be one way to identify outbreaks of the Zika virus.

Taken together, these studies raise concerns that Zika may cause GBS, which can have devastating and long-lasting effects. Still, more research is needed. The CDC is continuing to investigate the link between Zika and GBS.

GBS can be triggered by a variety of infections, including dengue, chikungunya viruses. Experts believe a similar pattern is at work with the Zika virus. The thought is that the body creates antibodies to marshal an assault on the Zika infection, and after the illness subsides, these antibodies then start attacking the peripheral nerves that connect the brain and spinal cord to the rest of the body. According to the CDC, “clusters” of cases of GBS are very unusual.

Researchers caution that there is still a lot we don't know about the Zika virus and how it might affect the immune system.

There is growing concern over whether the Zika virus can also trigger GBS, which can lead to paralysis and the need for specialized rehabilitation services like those available at Shepherd Center.