How to Prevent Head Injuries

Seat belts are an important TBI precaution because they reduce serious injuries and deaths from crashes by about 50 percent.

Don’t drive under the influence of drugs or alcohol.

Alcohol and drugs, including prescription medications, can impair a person’s ability to drive. Alcohol-impaired drivers are involved in about one in four crash deaths, resulting in nearly 11,000 deaths in 2018.

Don’t text or use a cell phone while driving.

Cell phones are the number one source of driver distraction. Using a mobile device while driving is similar to having a blood alcohol level at the legal limit of 0.08 , according to researchers at the University of Utah. The NHTSA reports that drivers who talk on cell phones or text while driving are four times as likely to get into a car crash serious enough to injure themselves.

Adults and children should wear a helmet and protective gear when participating in sports and recreational activities. Always wear a helmet when:

Each year, millions of older adults fall, according to the Centers for Disease Control and Prevention. While one in four people fall, fewer than half tell their doctor. Falls are the most common causes of traumatic brain injury, but they can be prevented in older adults by doing the following:

No child is injury proof, but parents and caregivers can take steps to increase precautions against head injury in children. Head injuries can be prevented in children by following these tips:

Depending on the cause, a brain injury is either traumatic or non-traumatic. Mild brain injury may affect brain cells temporarily, while serious brain injury can be long term. Learn more about the causes of brain injury, including the two main types. 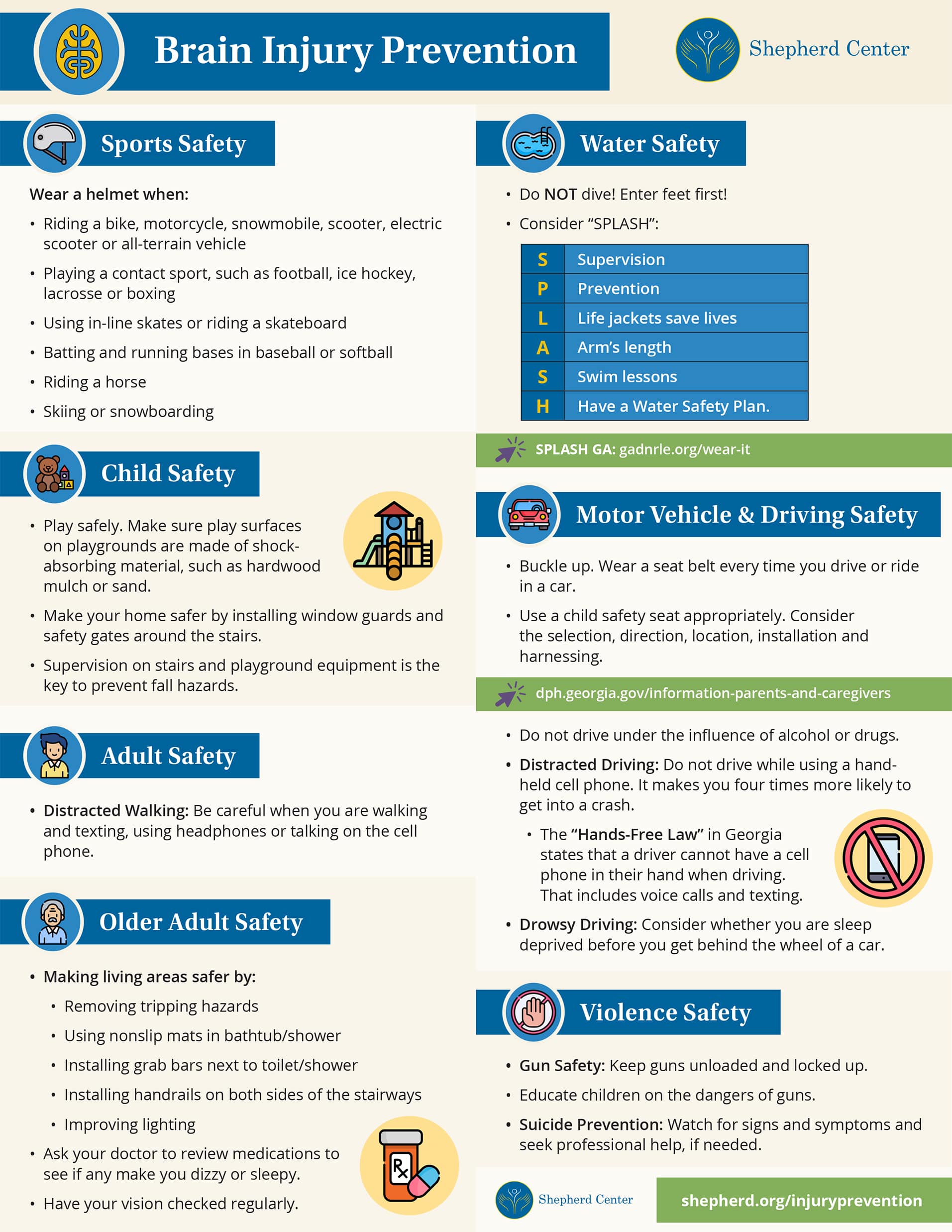 Need help identifying the right brain injury rehabilitation center? Discover if Shepherd Center is right for you or your loved one.