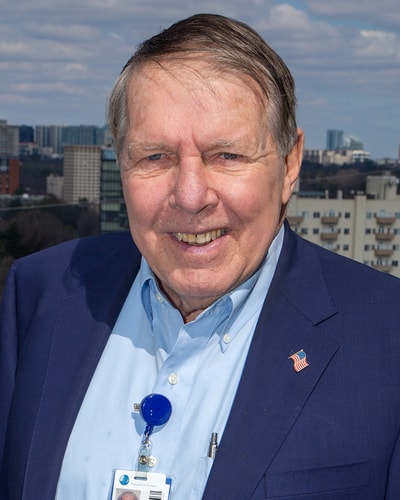 Certified in orthopedic surgery, Dr. Apple is recognized as an expert in the field of spinal cord injury. He has written numerous articles on caring for spinal cord-injured patients and holds academic appointments at Emory University and Georgia State University.

During the summer of 1996, Dr. Apple served as co-chair of the doping committee for the Atlanta Committee for the Olympic Games and as chief medical officer of the 1996 Atlanta Paralympic Games. He was the team physician of the NBA's Atlanta Hawks for 30 years.

Among his many awards, Dr. Apple was the recipient of the ASIA Lifetime Achievement Award in 1997 as well as the Humanitarian of the Year Award from the American Academy of Orthopaedic Surgeons. Dr. Apple has served in leadership positions on many national and regional medical societies and associations including the presidency of the American Spinal Injury Association, Georgia Orthopaedic Society, the Society of Physicians of the National Basketball Association and the Orthopaedic Rehabilitation Association, which he founded.

He is a member of the Board of Directors of Shepherd Center and has been the principal investigator on many grants concerned with spinal cord injuries. He and his wife Jane have four children.