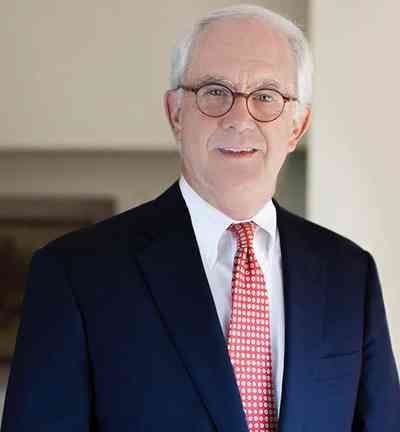 Dr. Murray is the medical director of orthopedics at Shepherd Center and an orthopedic consultant. He is board certified by the American Board of Orthopedic Surgery. He is a graduate of Tulane University. He completed his orthopedic training at Georgia Baptist Hospital, where he became fascinated with spine trauma, and included a rotation at the University of Southern California’s Rancho Los Amigos National Rehabilitation Center to obtain additional training in spinal cord injury. He has been with Shepherd Center since its opening in 1975.

He has been recognized locally as President of the Atlanta Orthopedic society and regionally as President of the Georgia Orthopedic Society, and as Chairman of the Regional Membership Committee of the American Academy of Orthopedic Surgeons (AAOS). Nationally, he has been recognized as the AAOS National Membership Committee Chairman, and by the American Board of Orthopedic Surgery (ABOS) as a member of the Written Exam Task Force of the Written Exam Committee, writing and editing Board Exam questions for 18 years. Internationally by the International Spinal Cord Society (ISCoS) on the Injury Prevention Committee. He has given invited presentations related to spinal cord injury in America and Canada, Europe, Africa, and Asia.

He is a partner in the Peachtree Orthopedic clinic, and a clinical instructor in Orthopaedic Surgery at Emory University.

Dr. Murray was recently named to U.S. News & World Report magazine's Top Doctors list, has been on the Castle Connolly Top Doctor List for ten consecutive years, and was selected as a 2016 recipient of the William C. Waters III Award for Clinical Excellence at Piedmont Hospital.

Medical staff members at Shepherd Center often work with many different teams, and some choose to work closely with select patient programs and clinical focuses. Dr. Murray works with the following programs: