The purpose of the Shepherd Center PGY1 Pharmacy Residency Program is to build on the Doctor of Pharmacy (Pharm.D.) education and outcomes to contribute to the development of clinical pharmacists responsible for medication-related care of patients with a wide range of conditions. We aim to prepare graduate pharmacists for the practice of pharmacy as exemplified by the concepts of pharmaceutical care.

Upon completion of the PGY1 program, the resident will be eligible for board certification and a postgraduate year two (PGY2) pharmacy residency training program.

All materials should be submitted via PhORCAS by January 5, 2022. 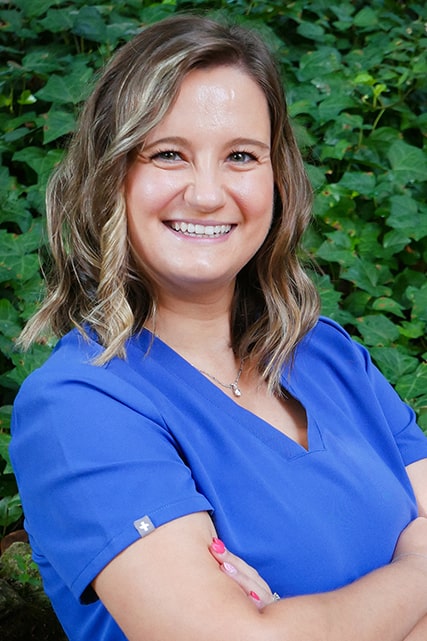 Kristina Carbone, PharmD was born in Bulgaria and grew up in Tucker, GA. She received her Doctor of Pharmacy from Mercer University College of Pharmacy. Her practice interests include infectious disease, critical care, and internal medicine. Kristina’s residency research project is “Comparison of recurrence rate for UTIs treated for 7 days versus 10 days.” She is a member of the American Society of Health-System Pharmacists (ASHP) and Georgia Society of Health-System Pharmacists (GSHP). Kristina loves spending time with her new puppy, trying new food places, baking, and traveling with her husband, friends, and family.

Why Kristina Chose Shepherd Center: “I am so excited to be one of the first pharmacy residents at Shepherd Center. My passion for Shepherd was instilled after learning about the incredible work done and amazing sense of community at Shepherd.” 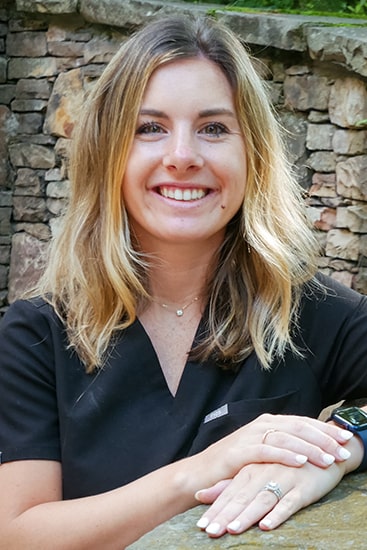 Julie Parker, PharmD, MSHI, is from Newnan, GA. She received her Doctor of Pharmacy degree from Mercer University College of Pharmacy as well as her Masters of Science in Health Informatics. Her practice interests include internal medicine and infectious diseases. Julie’s residency research project is “Use of transdermal buprenorphine and the total daily morphine equivalents of opioid prescriptions at discharge among spinal cord injury patients.” Julie is a member of the American Society of Health-System Pharmacists (ASHP) and Georgia Society of Health-System Pharmacists (GSHP). In her spare time, Julie enjoys traveling and spending time with her husband and two miniature dachshunds.

Why Julie Chose Shepherd Center: “As a former Pharmacy Intern at Shepherd Center, I am grateful to continue my education as one of the first pharmacy residents. Shepherd Center has not just been a place I’ve worked, but a second home to me. The pharmacy is family and a place that has helped me grow” 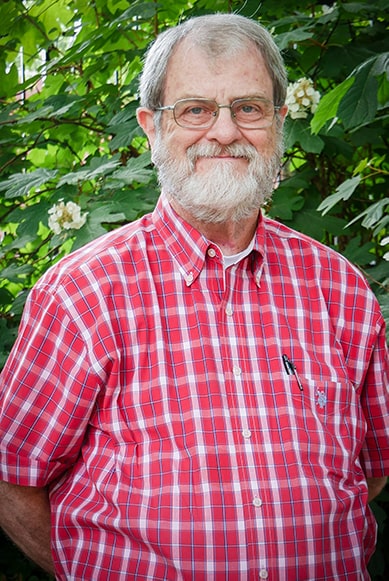 Steve Baxter, RPh, is the Director of Pharmacy for Shepherd Center and the administration preceptor. He graduated from Mercer Southern School of Pharmacy with a Bachelor of Science in Pharmacy. He has worked mainly in hospital pharmacy, although he has experience in retail, home infusion and long-term care. His first job as a director was to open a new hospital including setting up the pharmacy, procuring drugs and establishing a distribution system for drugs. Steve has been involved with the Georgia Society of Heath System Pharmacists (GSHP), serving as District Director and Board Member. He was tapped to serve on the Pharmacy Committee of Shared Services, a Group Purchasing Organization that later became MedAssets and is now known as Vizient. While serving, he was elected Chairman of the Pharmacy Committee for a two-year term. Steve has been a director of pharmacy for over 40 years and serves as adjunct professor for several pharmacy schools. He is always willing and eager to talk about the changes he has seen in pharmacy. Steve is married with three children and nine grandchildren who take up most of his spare time.

Virginia Davis, PharmD, is the Internal Medicine II and Elective preceptor. She received her Doctor of Pharmacy degree from Nova Southeastern University College of Pharmacy. She completed her PGY1 pharmacy residency at AdventHealth Altamonte Springs in Altamonte Springs, FL. After residency, she obtained a job as an inpatient oncology pharmacist at Baptist Health in Jacksonville, Florida, where she was actively involved in the education committee as well as precepted students, PGY1 and PGY2 residents. She joined Shepherd Center in 2020. Her practice interests include internal medicine, infectious disease and oncology. Virginia enjoys hiking with her fiancé and husky, touring the north Georgia wineries and boating around Allatoona. 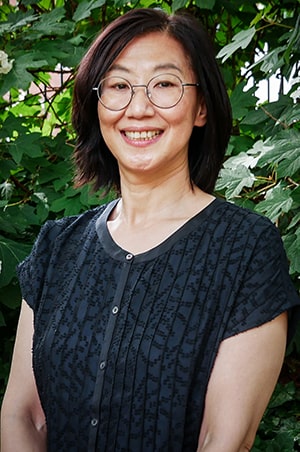 Yong Kang, PharmD, BCACP, is the Residency Program Director (RPD) and the Research preceptor. She is also the pharmacy clinical coordinator. She received her Doctor of Pharmacy degree from Mercer University College of Pharmacy. She has been a preceptor for pharmacy students for many years. Yong has been with Shepherd Center since 1995 and has been a witness to the history and growth of the pharmacy. Her practice interests include education, research and evaluation, building new clinical services and establishing practice guidelines. Yong is a member of the American Society of Health-System Pharmacists (ASHP) and Georgia Society of Health-System Pharmacist (GSHP). Yong enjoys traveling and gardening, which is a stress reliever for her. 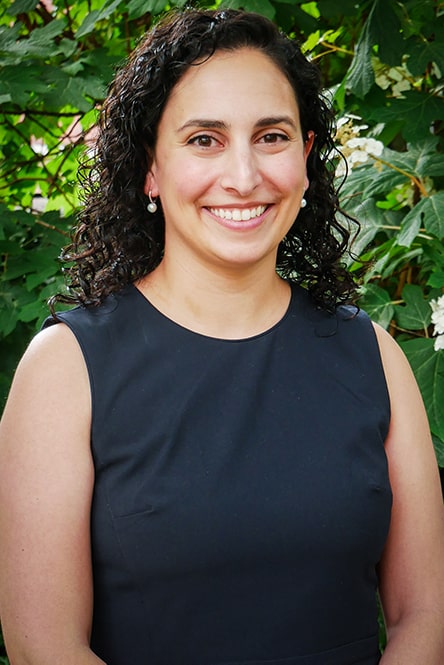 Dina Nakhleh, PharmD, BCPS, is the Transitions of Care, MS/Specialty Drugs and Pharmacy Education preceptor. She is a graduate of Midwestern University Chicago College of Pharmacy and completed her PGY1 residency at Hines VA Hospital in Hines, Illinois. After residency, she worked in the VA system as an inpatient clinical pharmacist. In 2015 she transitioned to Gottlieb Memorial Hospital in Melrose Park, Illinois, to start the hospital’s first emergency medicine clinical pharmacy program. She joined Shepherd Center in 2020 to help build the first pharmacy residency program. Practice interests include emergency medicine, infectious diseases, multiple sclerosis and quality improvement. Dina loves to spend her time outdoors, going on walks and traveling as much as possible. 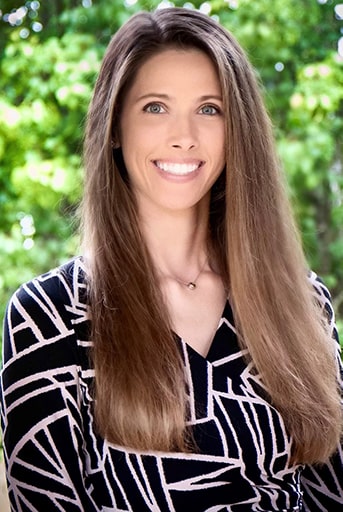 Carly B. Warner, PharmD, BCPS, BCGP, is the Pharmacy Education and Research preceptor. She received her Doctor of Pharmacy degree from the University of North Carolina Eshelman School of Pharmacy. She completed her PGY1 pharmacy residency at DeKalb Medical in Atlanta and PGY2 geriatrics residency at the Durham Veterans Affairs Health Care System in Durham, North Carolina. Throughout her residencies, she completed a teaching certificate through the Mercer University and a clinical teaching certificate through Duke University. She joined Shepherd Center in 2018, launching Spinal Cord Injury pharmacy rounding. Her practice interests include pharmacy education, geriatrics and deprescribing. Carly is a member of the American Society of Health-System Pharmacists (ASHP), American Pharmacist Association (APhA), Georgia Society of Health-System Pharmacist (GSHP) and North Carolina Association of Pharmacists (NCAP). Carly is a proud North Carolinian, always up for a trip to the beach and an avid reader. 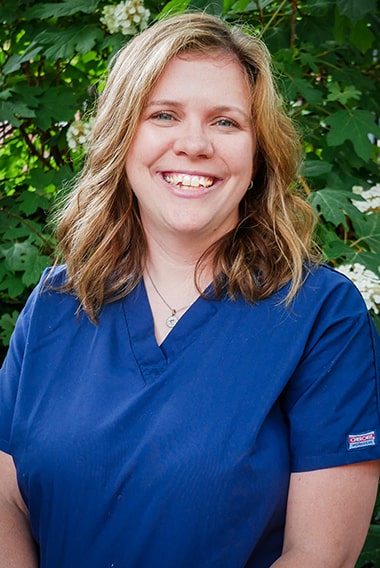 Elisabeth Webb, PharmD,is the Orientation, Internal Medicine I and Pharmacy Service preceptor. She received her Doctor of Pharmacy degree from the University of Florida College of Pharmacy. She started her career at North Florida Regional Medical Center in Gainesville, Florida, where she worked in the OR satellite pharmacy. She joined Shepherd Center in 2011, helping to establish the medication reconciliation process and launching Acquired Brain Injury pharmacy rounding. She is a member of the American Society of Health-System Pharmacists (ASHP) and has completed certificate programs in Medication Therapy Management (MTM) as well as Total Parental Nutrition (TPN). Elisabeth is the mom of two active little boys and enjoys running, drinking coffee and Chick-Fil-A. 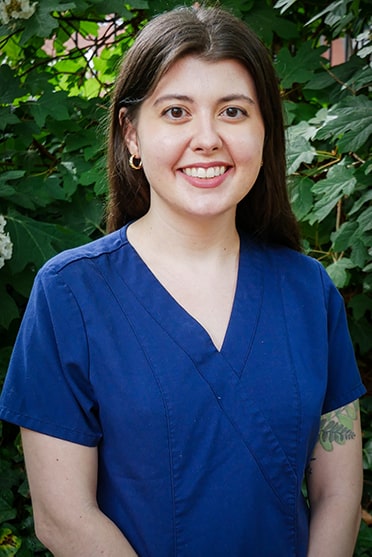 Lauren Wilcox, PharmD, is the Infectious Diseases and Drug Information preceptor. She received her Doctor of Pharmacy degree from the South University School of Pharmacy in Savannah, Georgia. She completed her PGY1 pharmacy residency at Putnam Community Medical Center in Palatka, Florida. Throughout her residency, she completed a teaching certificate through the University of Florida. She joined Shepherd Center in 2017. She has an Antimicrobial Stewardship certificate from the Society of Infectious Diseases Pharmacists and is a member of the Antimicrobial Stewardship Program at Shepherd Center. She is a member of the American Society of Health-System Pharmacists (ASHP) and Georgia Society of Health-System Pharmacist (GSHP). In her spare time, Lauren loves to spend time with her family and cat.

Shepherd Center, located in Atlanta, Georgia, is a private, not-for-profit hospital specializing in medical treatment, research and rehabilitation for people with spinal cord injury, brain injury, multiple sclerosis, spine and chronic pain, and other neuromuscular conditions. Founded in 1975, Shepherd Center is ranked by U.S. News & World Report among the top 10 rehabilitation hospitals in the nation. Shepherd Center has also been named one of Atlanta’s best places to work by the Atlanta Business Chronicle.

In its more than four decades, Shepherd Center has grown from a six-bed rehabilitation unit to a world-renowned, 152-bed hospital that treats more than 935 inpatients, 541 day program patients and more than 7,300 outpatients each year.

Applicants should possess a Doctor of Pharmacy degree and be eligible for licensure in Georgia. Selection will be based on a letter of intent, qualifications of the applicant and letters of recommendation. After the initial review process, select applicants will be asked to come to Shepherd Center for a personal interview.

All materials should be submitted via PhORCAS by January 5, 2022.